Filmed in nine countries over four years, This Changes Everything is an epic attempt to re-imagine the vast challenge of climate change. Directed by Avi Lewis and inspired by his wife Naomi Klein’s acclaimed bestseller of the same name, the film documents the emergence of a new climate movement — one that is breaking out of silos, making new alliances, and building the next economy in the rubble of the old one.

“In the fierce dignity and moral clarity of communities fighting destructive fossil fuel projects, I saw that a climate film doesn’t have to be about polar bears,” says Lewis.

Narrated by Klein, This Changes Everything presents powerful portraits of front-line communities across the world: Alberta’s tar sands, Montana’s Powder River Basin, the wetlands of Southern India, the mining regions of Northern Greece and the smog-choked streets of Beijing, China included.

We’ll then turn to Glenys Verhulst from Nanaimo-based City Green Solutions, which specializes in home energy conservation. She’ll introduce a series of practical steps that all of us can take in reducing our energy consumption, and we’ll ask the audience for other tips and suggestions. We’ll document it all for circulation later. And our audience will be asked to make a commitment to undertaking one or more actions in the weeks and months ahead.

Admission is by donation. Thanks to the District of Sooke for providing funding support to cover film and venue rental costs for the evening. 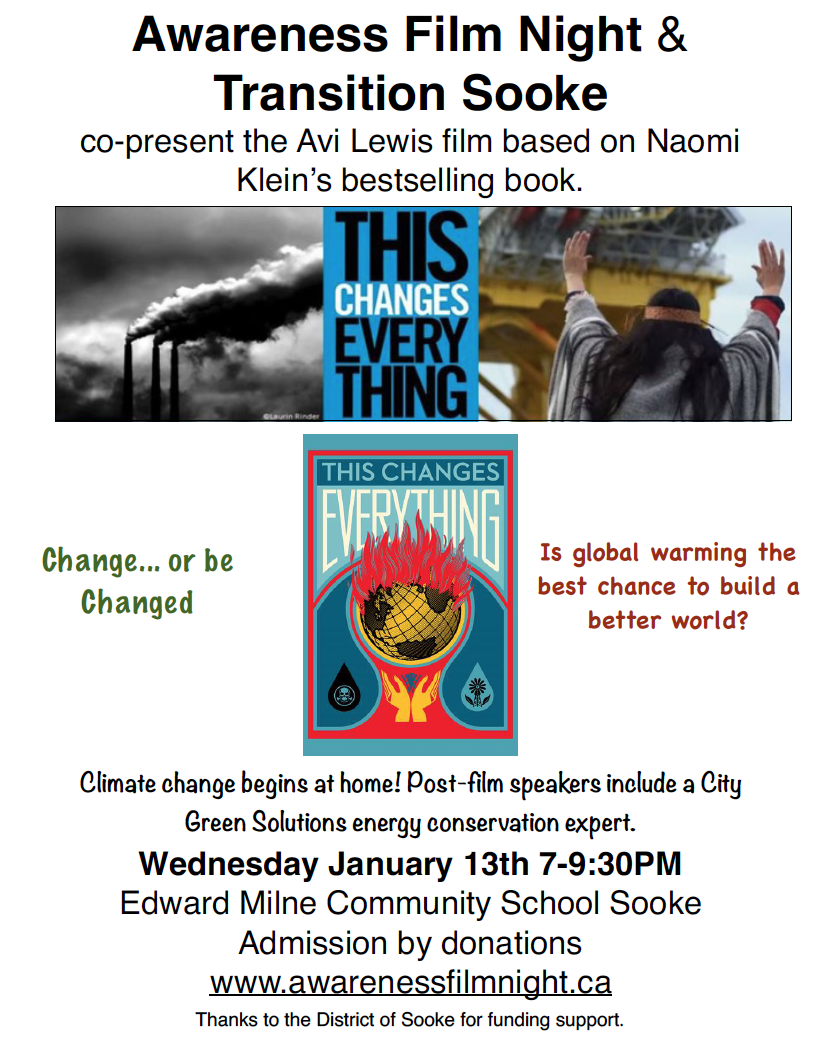